I've been craving and looking for this particular model for quite some time and finally out of nothing at all, when I visited one of the local departmental store... there it is... waiting for me to take it and without any delays, I grabbed it the second I saw it... it was a great experience...

Eventually the "Hot Wheels" do have this model... but, the overall looks is not really interesting and the color selection is not quite charming, furthermore, typical "Hot Wheels" use those rivets so if I want to change the color scheme... it can take some extra effort to do it >__<

Chevrolet Nova (also known as Chevrolet Chevy II) is a compact automobile manufactured by the Chevrolet division of General Motors produced in four generations for the 1962 through 1979 model years.

Nova was the top model in the Chevy II lineup through 1968. The Chevy II nameplate was dropped, Nova becoming the nameplate for the 1969 through 1979 models. Built on the X-body platform, the Nova was replaced by the 1980 Chevrolet Citation introduced in the spring of 1979. The Nova nameplate returned in 1985, produced through 1988 as a NUMMI manufactured, subcompact based on the front wheel drive, Japan home-based Toyota Sprinter.

I did some Google and I found the following picture from http://www.dragtimes.com/Chevrolet-Nova-Timeslip-16031.html ; 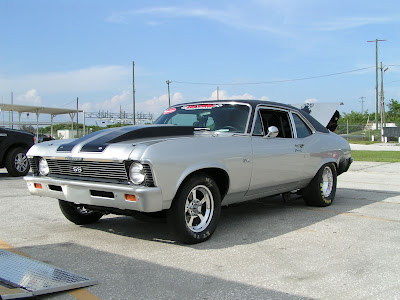 Note: I do not claim any rights on the above image. All rights and credits belong to the owner. The image are used as a reference material only and not for commercial purpose. 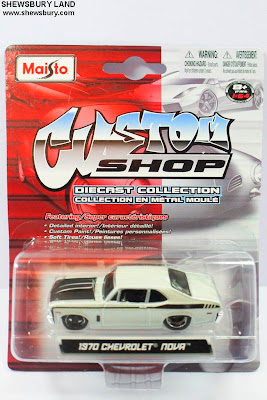 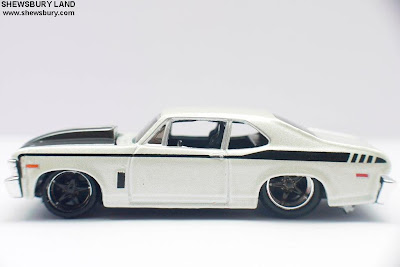 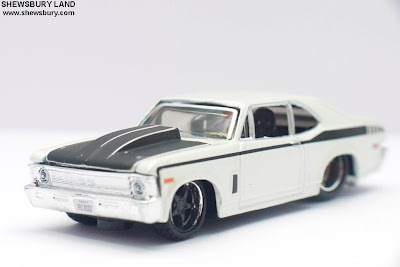 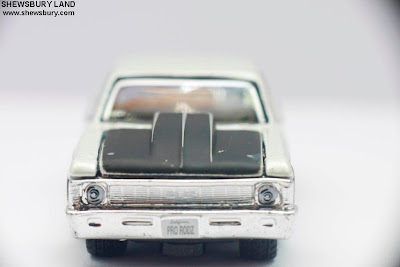 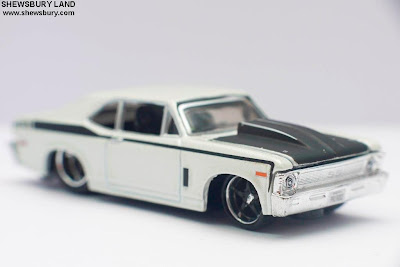 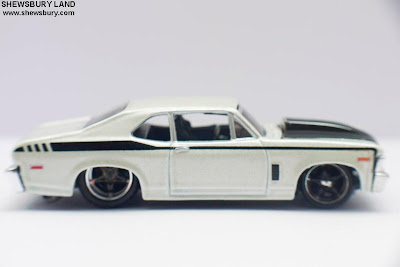 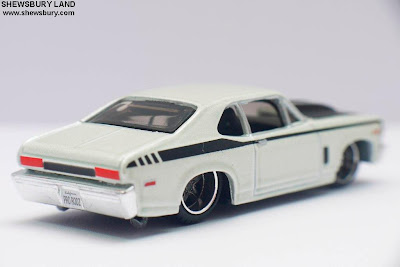 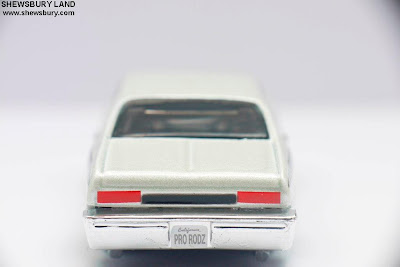 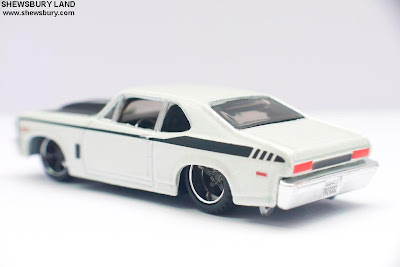 The features of this car... openable engine hood; 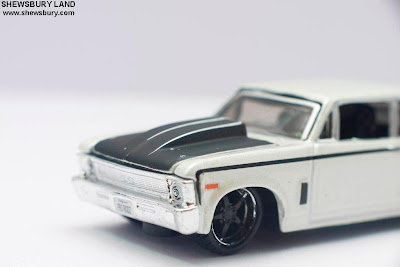 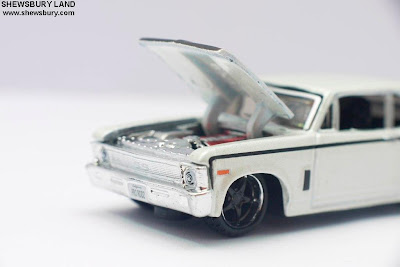 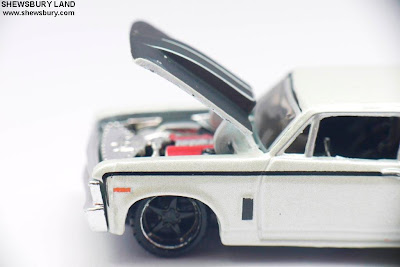 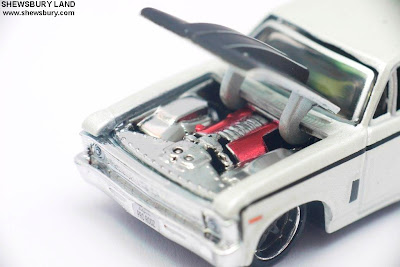 Other than that, you can see the "SS" on the front grill there and "Pro Rodz" on the registration flat; 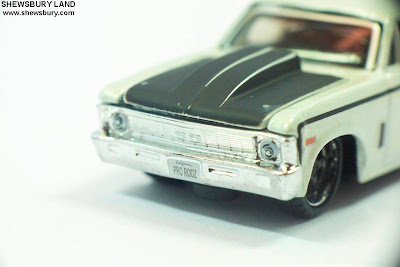 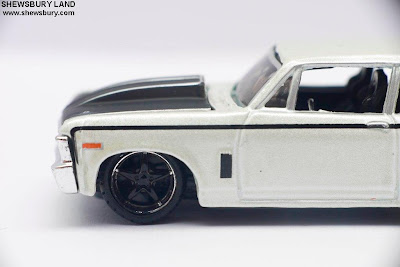 Simple rear details... not much to talk about; 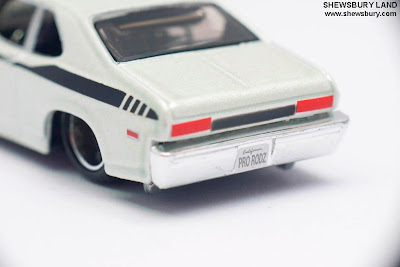 And now, let's have a look at the interior; 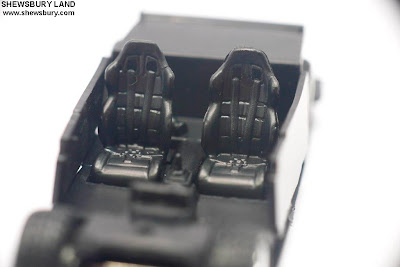 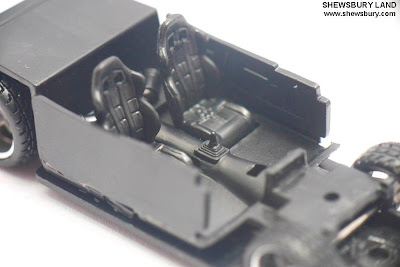 Molded all in black, plain simple.... 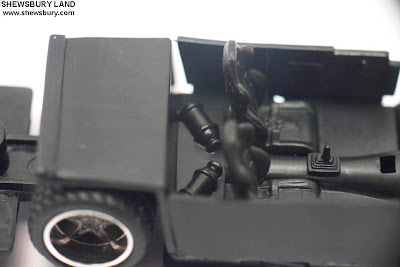 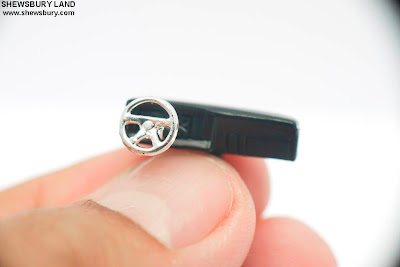 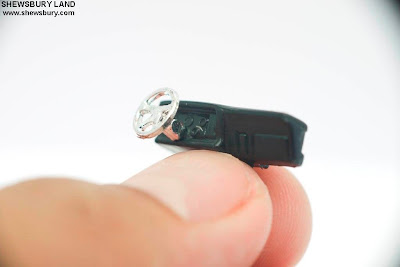 And I decided to do some "quickie job" with some simple touch up here and there... something like this; 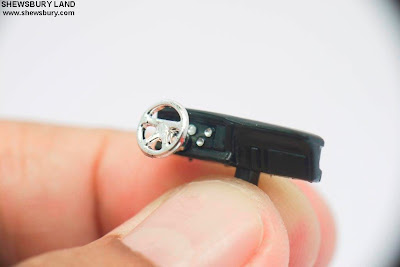 Yup... by just using the chrome marker pen from Pilot.... 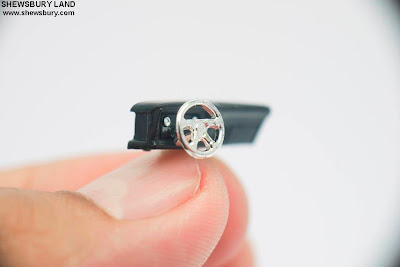 And almost as usual... I make the 2 front seat to be in red color; 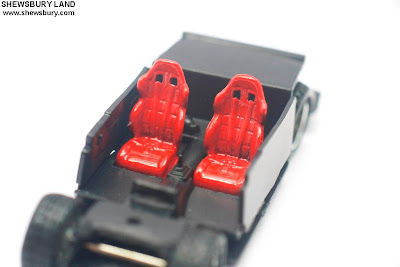 Overall, this is a very good customized die cast car models at 1/64 scale from "Maisto Custom Shop". The finishing is quite decent but not great, the external details are as simple as it should be, nice wheels and rubber tires and customized sports/racing front seat with the bonus of openable engine hood - all the usual flavor of "Maisto Custom Shop" and we love it a lot!!!!! This is certainly an interesting Chevy Nova - simple, honest and conventional....... 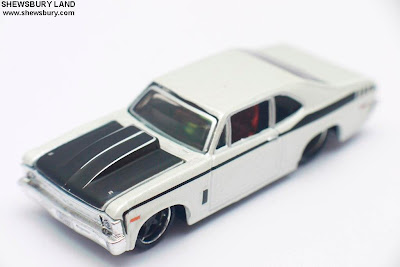 I will change the color scheme from that bright tone into something with dark tone ^__^ to make it look more "bad ass"........ stay tuned to Shewsbury Land..... 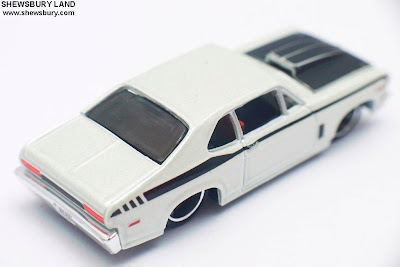