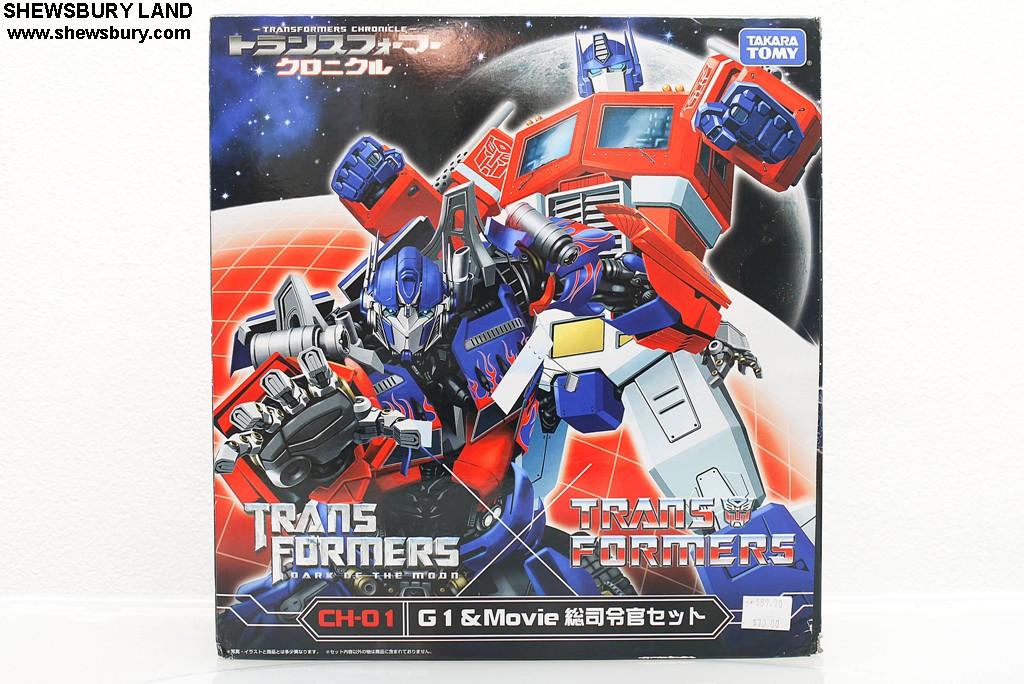 This is a direct continuation from Part 2 of 3, click the link below if you want to read the previous part:

And now finally, the movie version of Optimus Prime in his robot mode. The transformation process is not really difficult though you still need to put in some efforts. 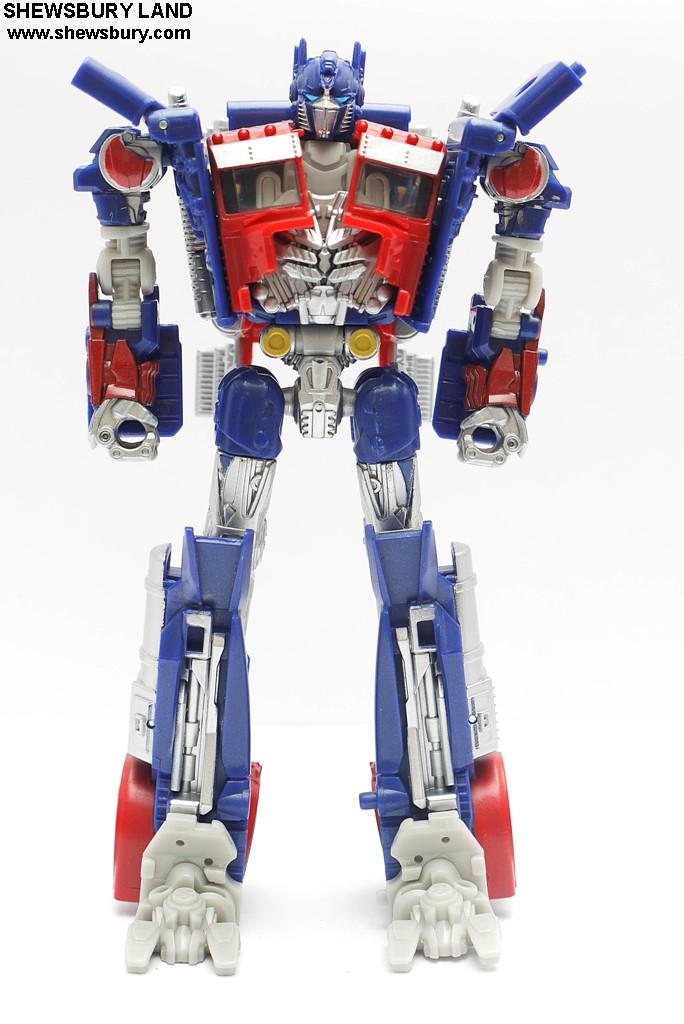 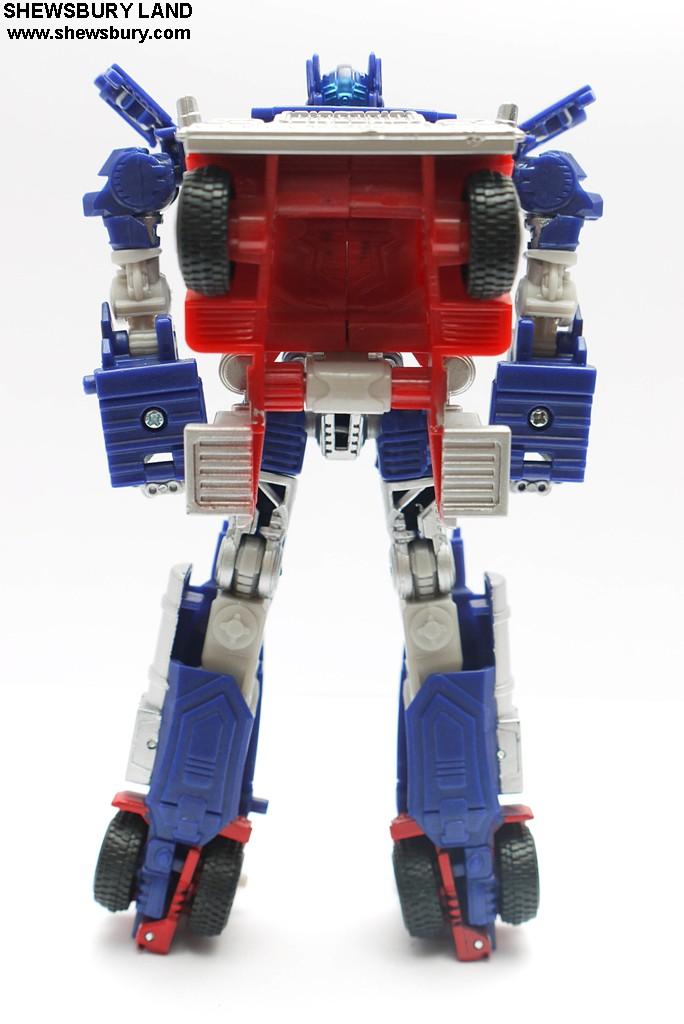 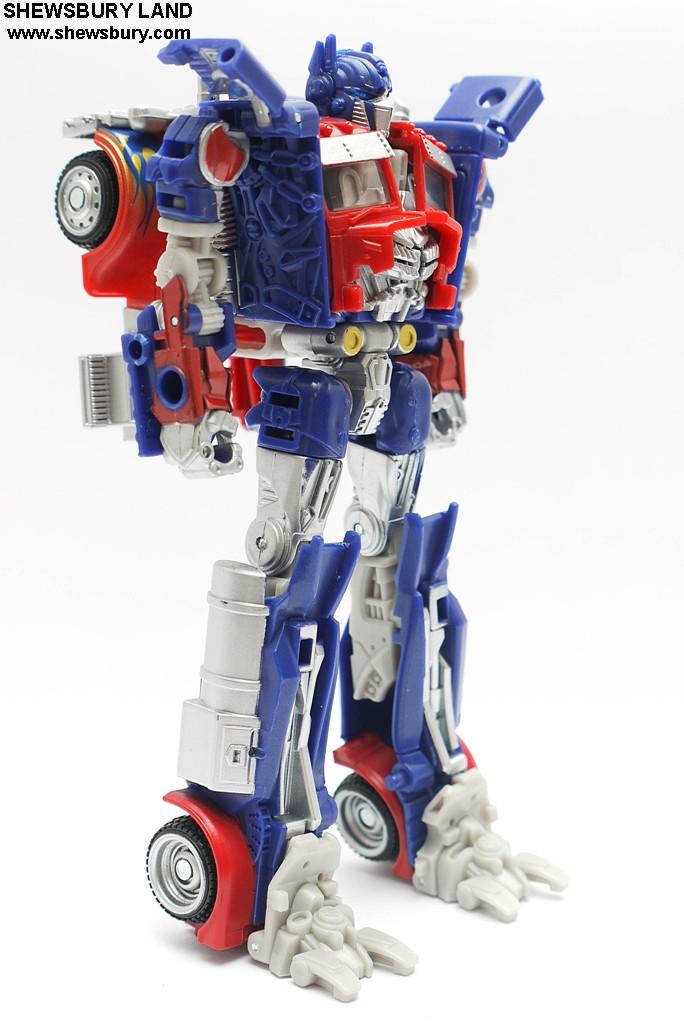 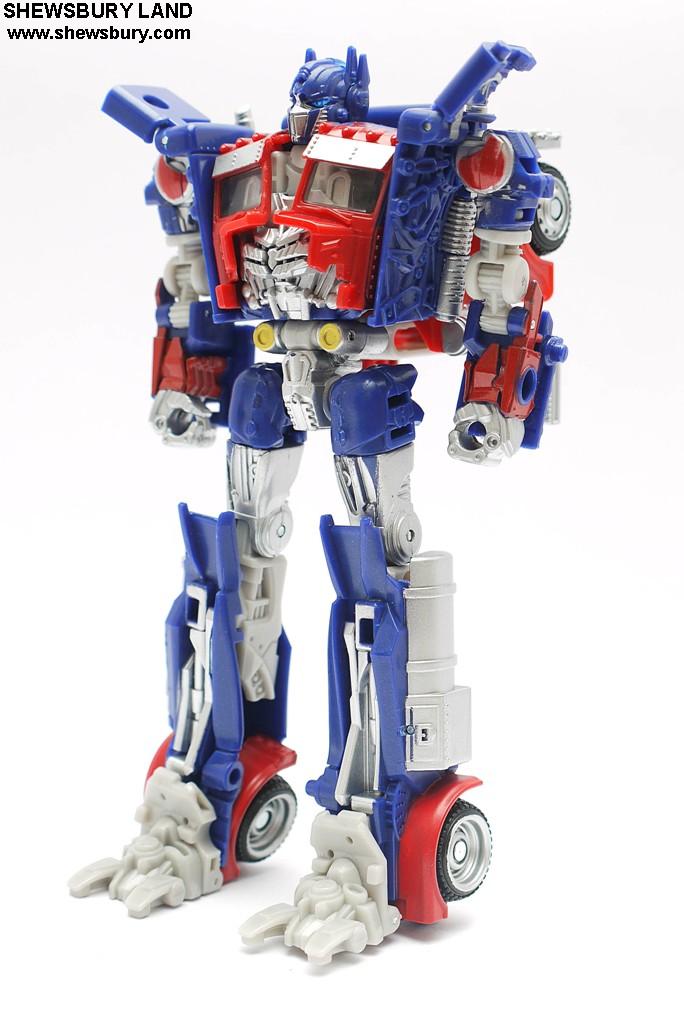 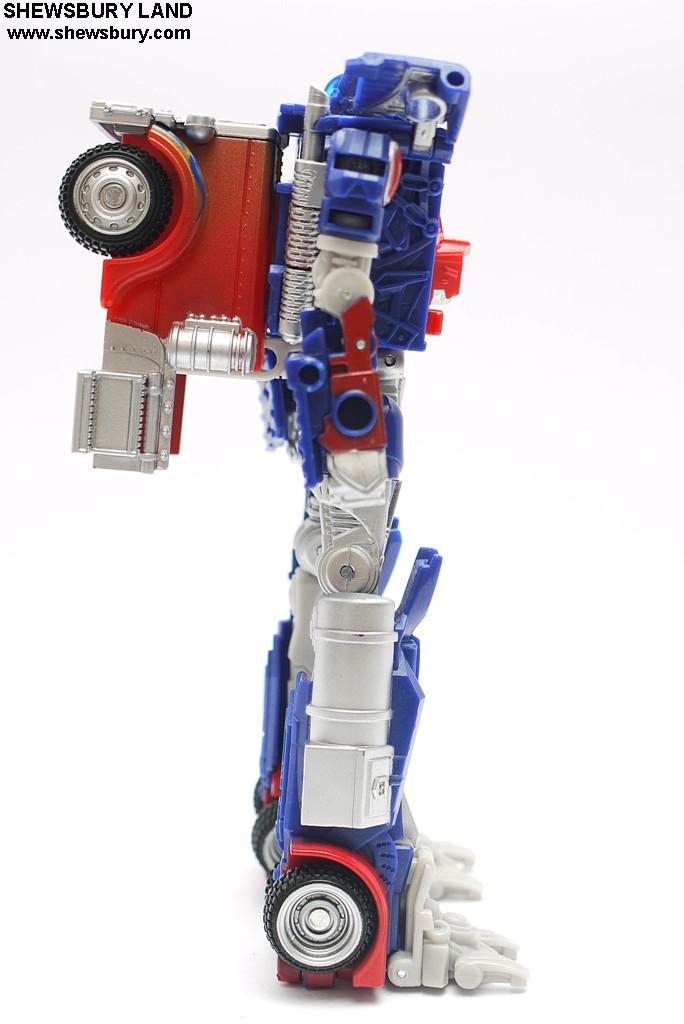 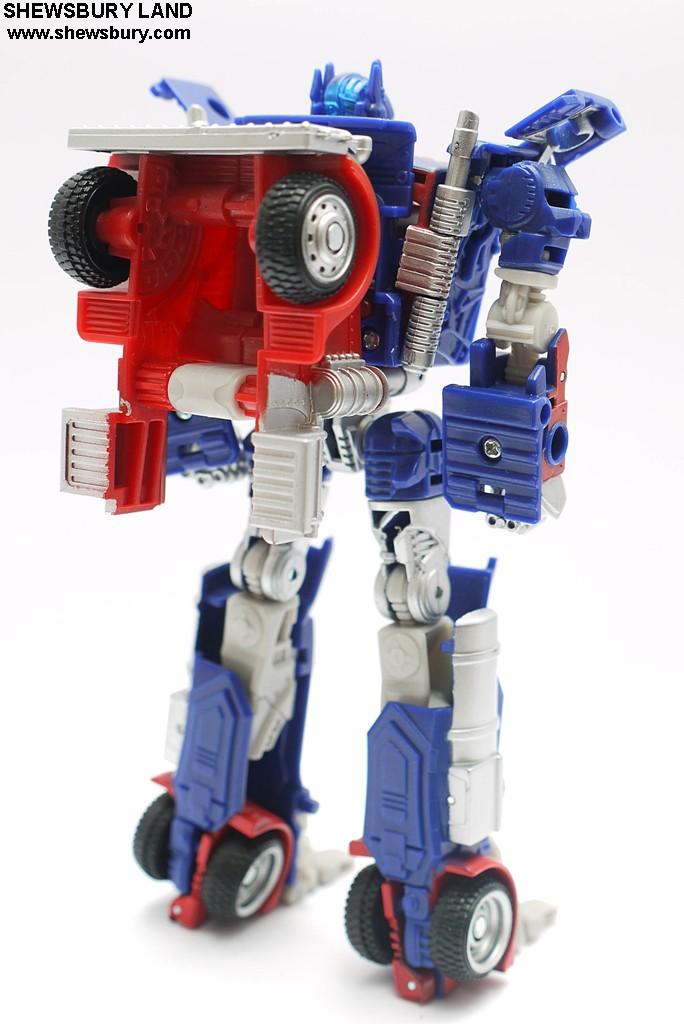 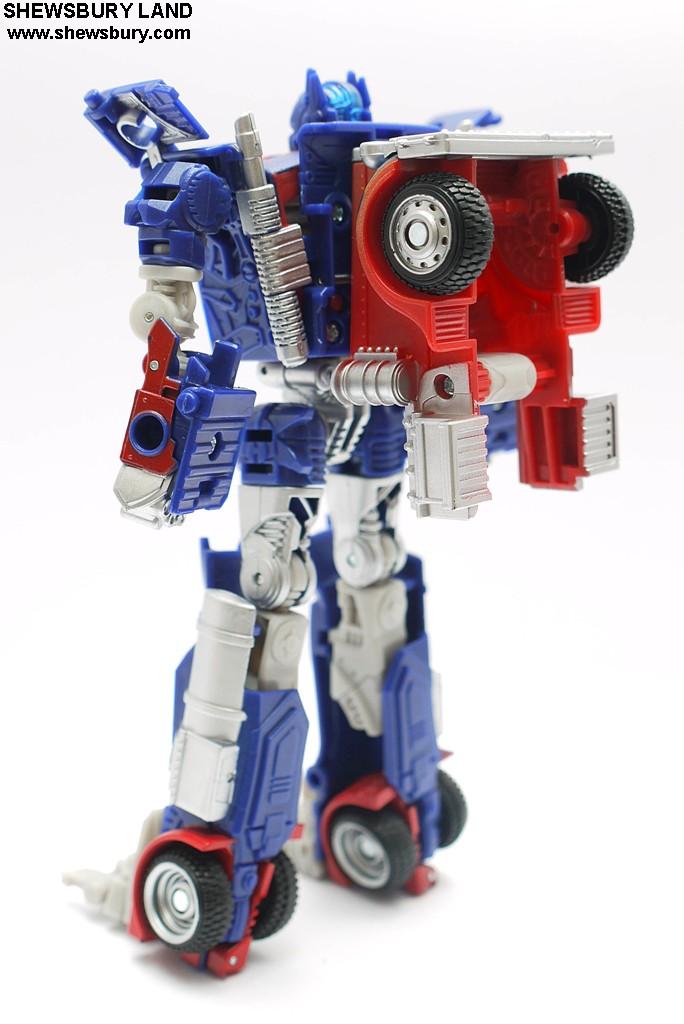 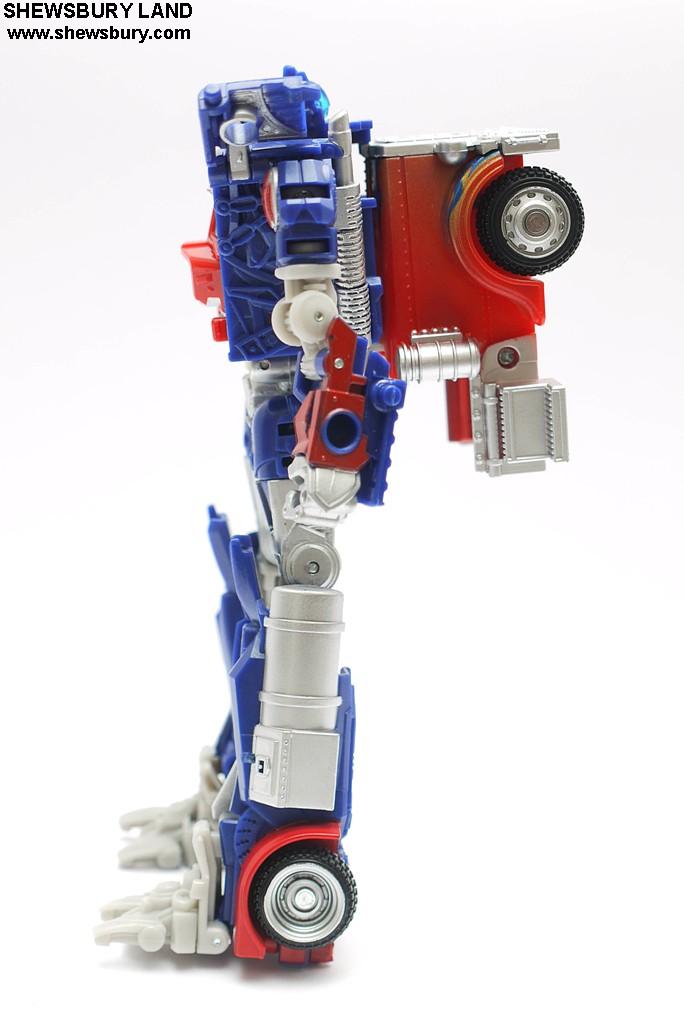 The robot mode looks great in corresponding to the modern era design and I guess many current modern kids only knew this version of Optimus Prime, can't blame them, this is their era.
Articulation wise, it is of coz much better than the G1 version but it's not entirely wonderful either. We try to do the kneeling pose and this is the closest we get but I guess this is pretty much standard for Transformers toys at this class/level. 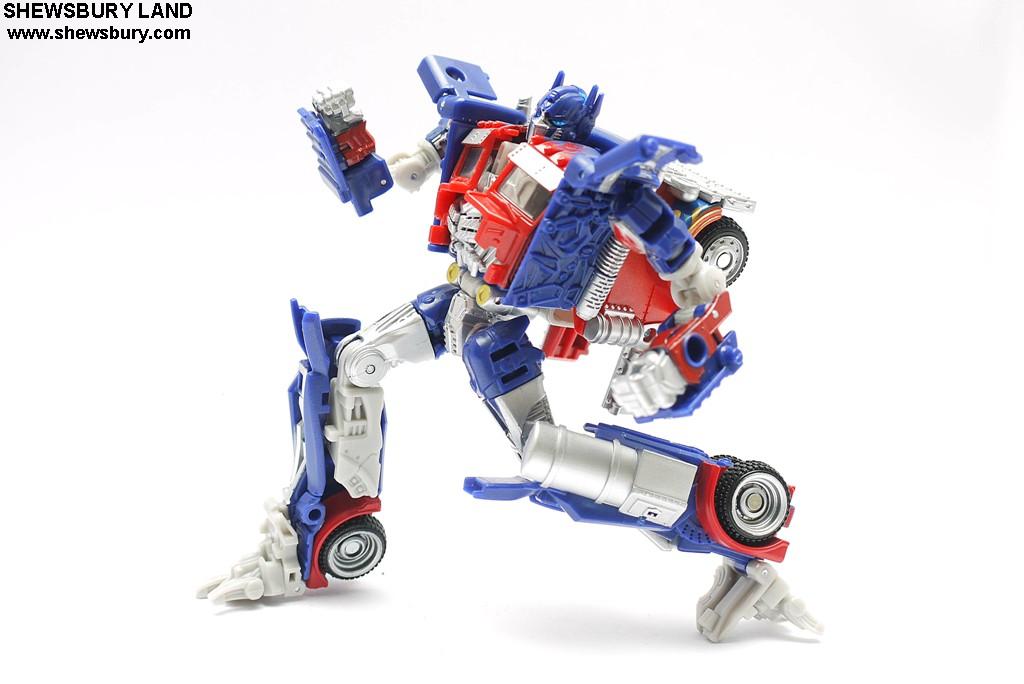 The modern movie version Optimus Prime comes with this blaster or rifle with the "mech-tech" gimmick thingy; 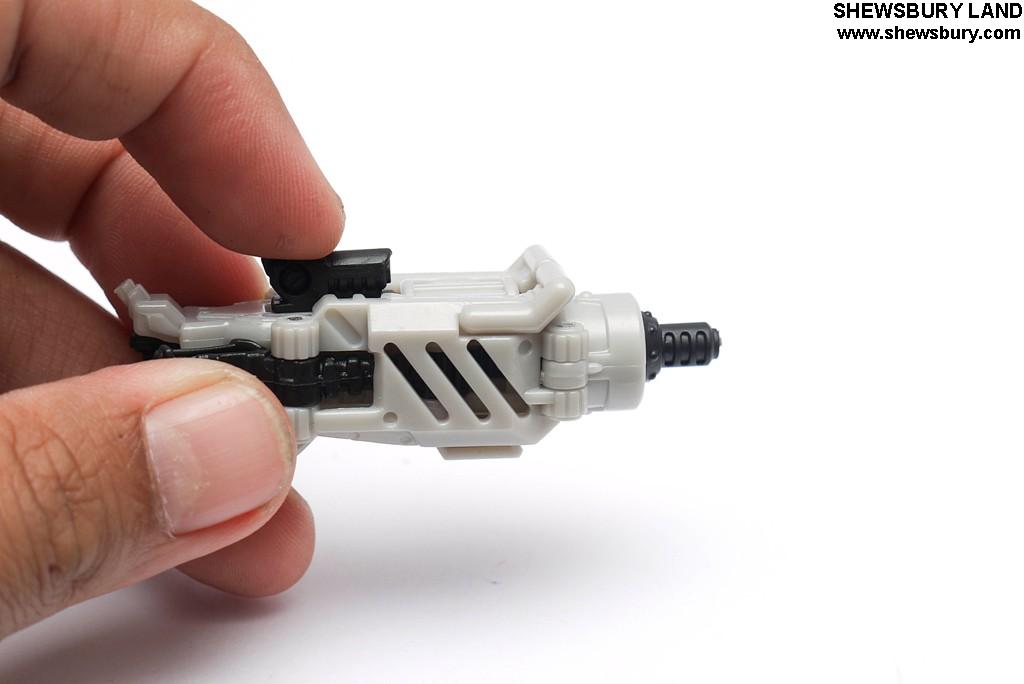 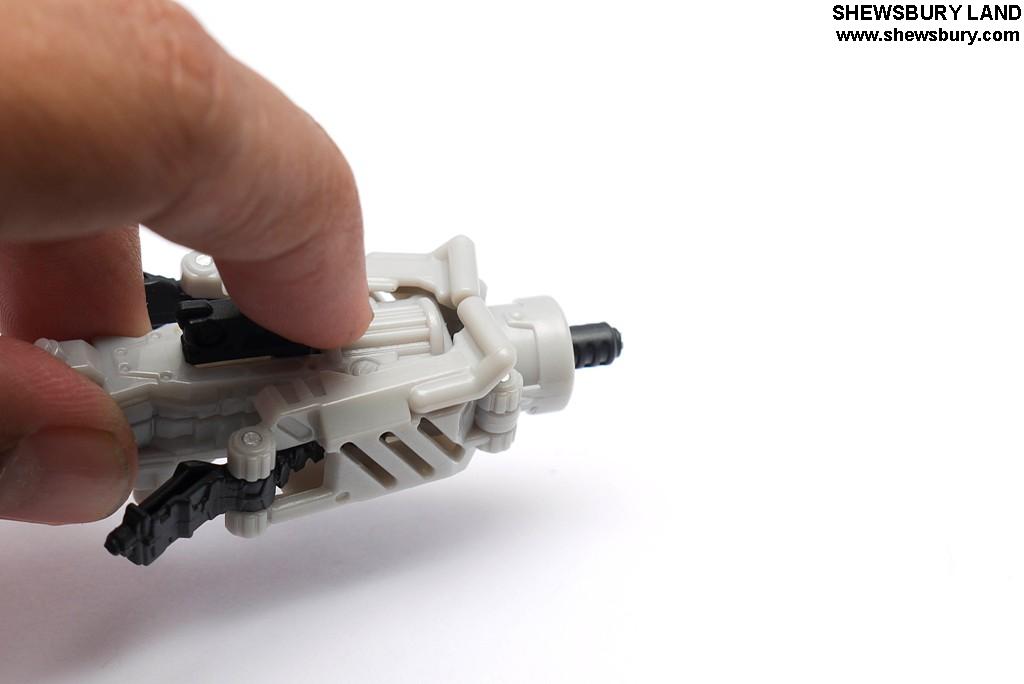 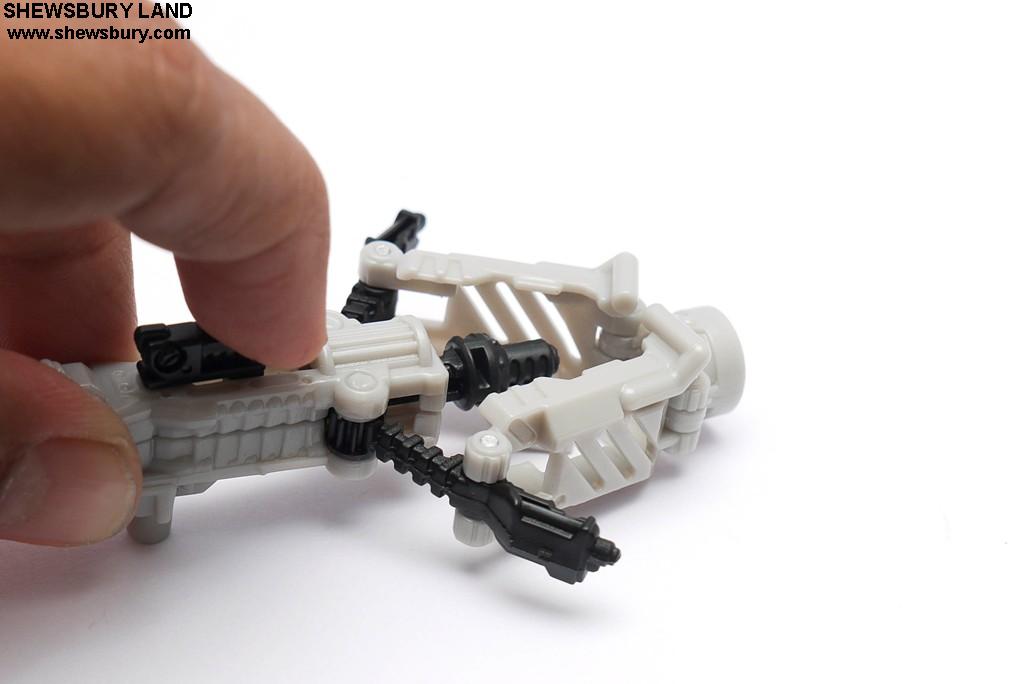 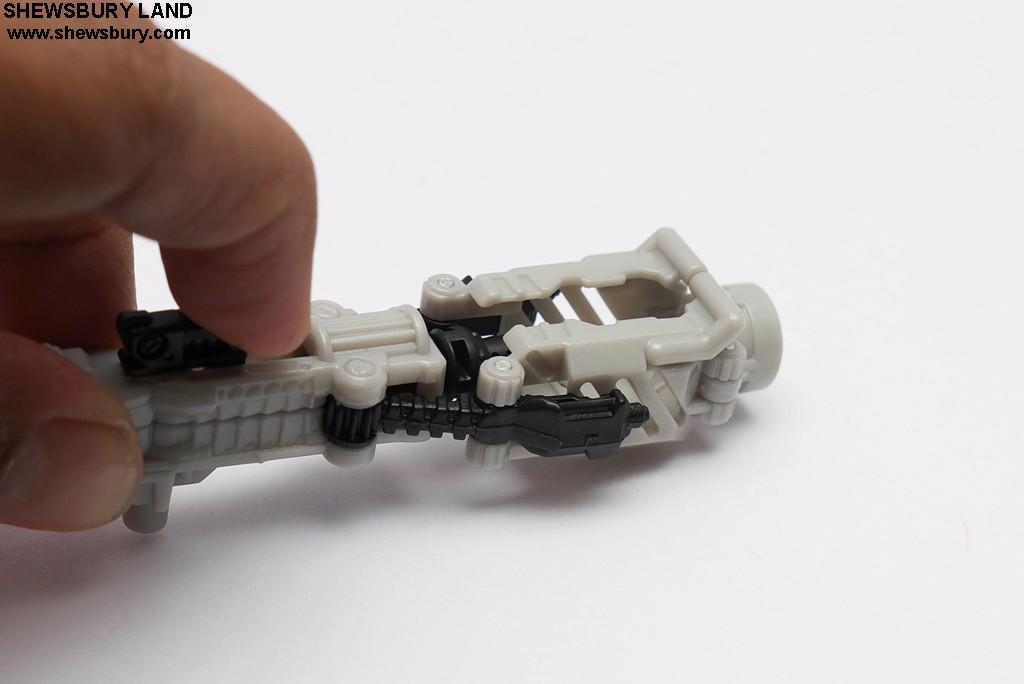 And this is now the 2007 Movie version Optimus Prime with all his glory; 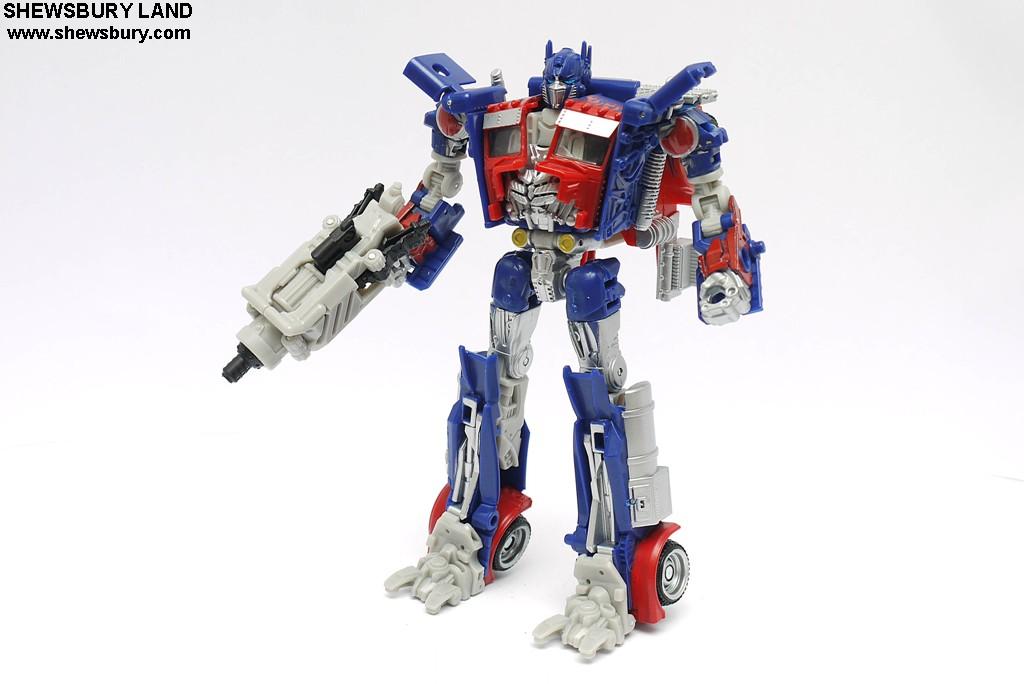 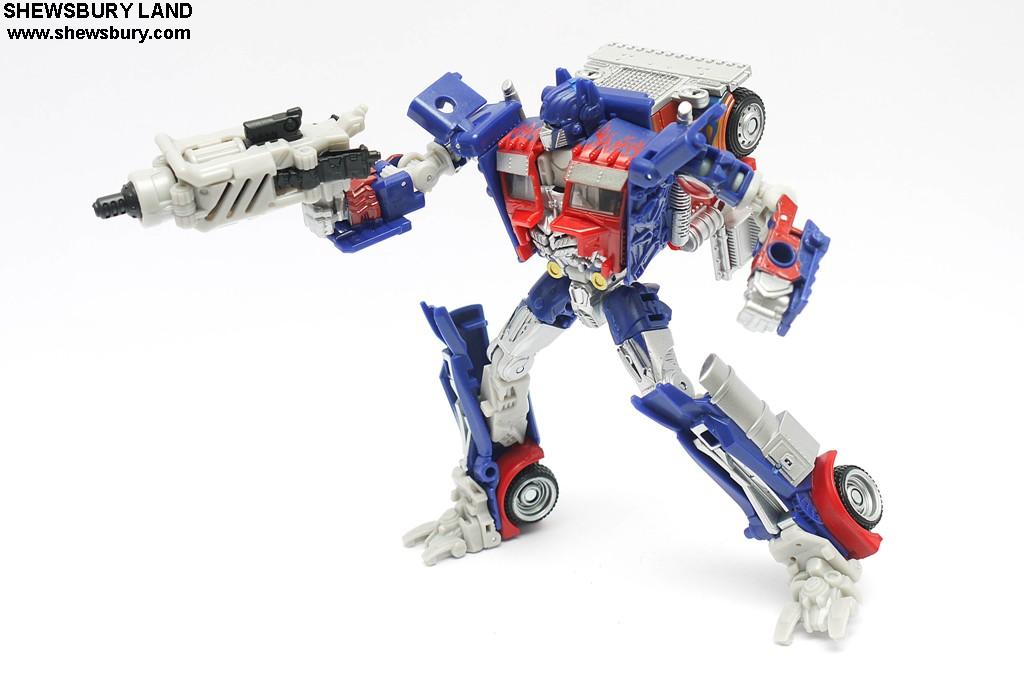 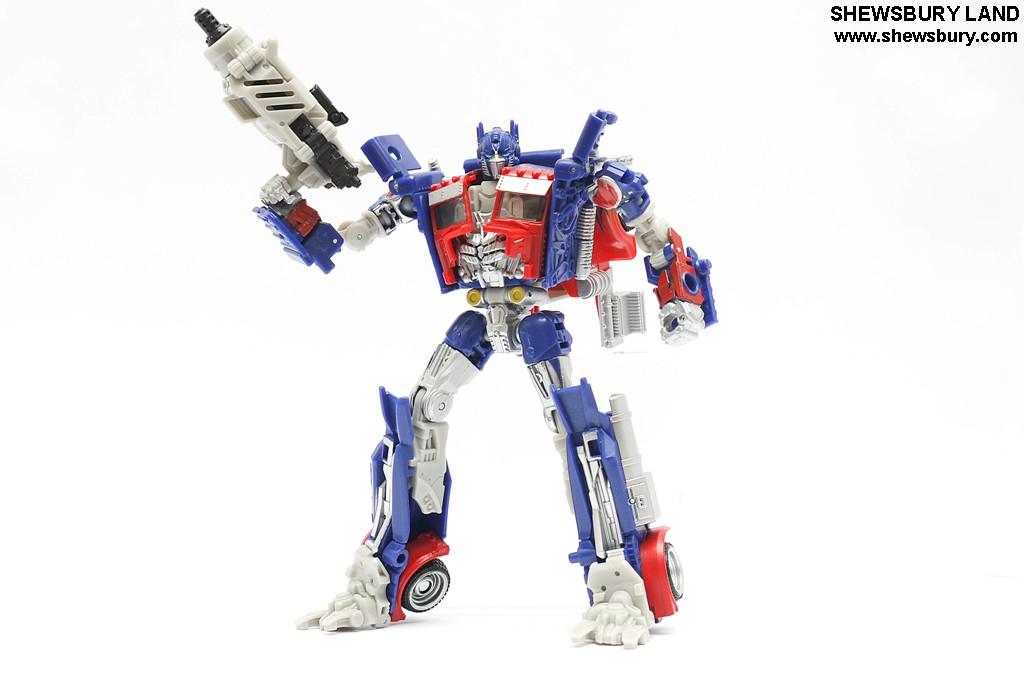 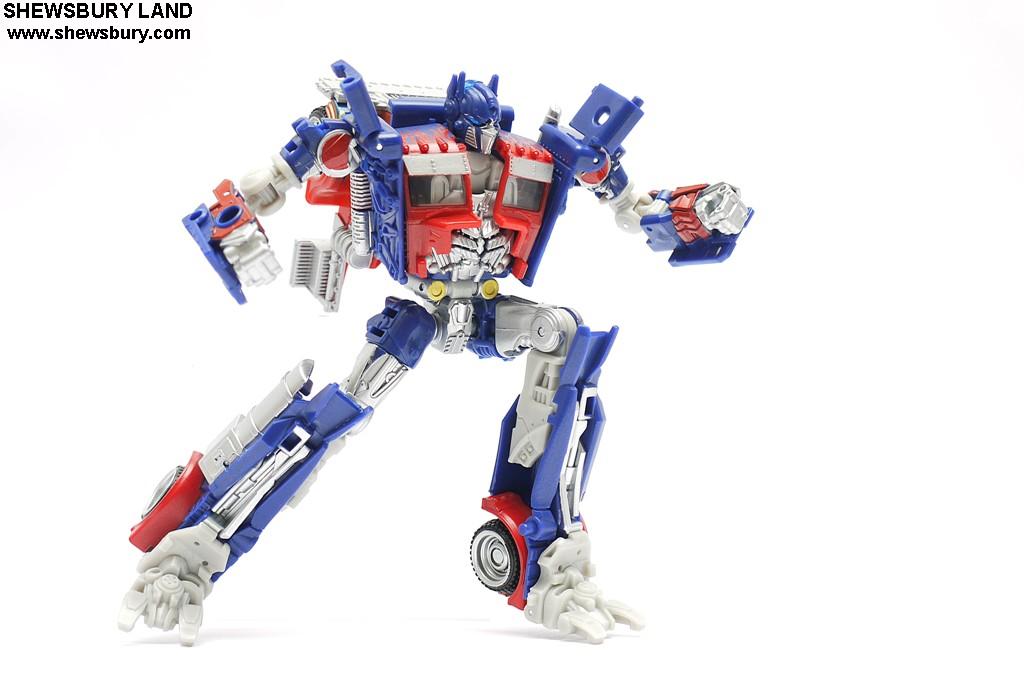 Overall, in robot mode, when it comes to detailing, articulation and action pose, obviously the Movie version is better than the G1 version since the later is based on the 1980's design and know how. Anyway, both version have their own uniqueness - to each its own - and more importantly personal preferences also can play a big part to decide which one you like the most.

Side by side - both the G1 version and Movie version in their robot mode; 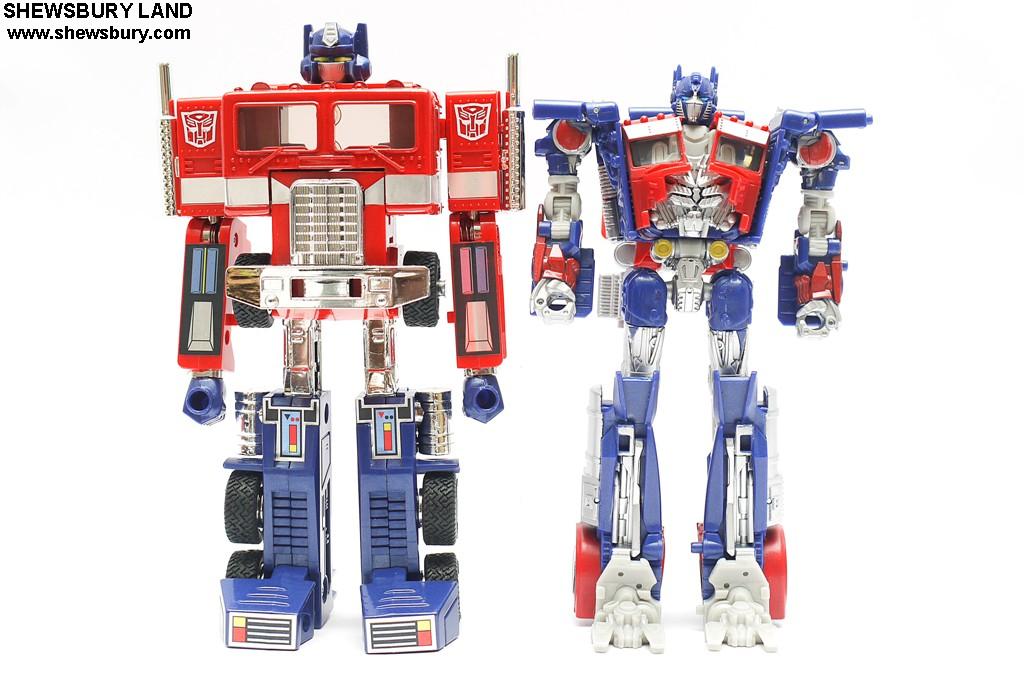 I use this opportunity to snap a "family photo" of all the Optimus Prime in our collections; 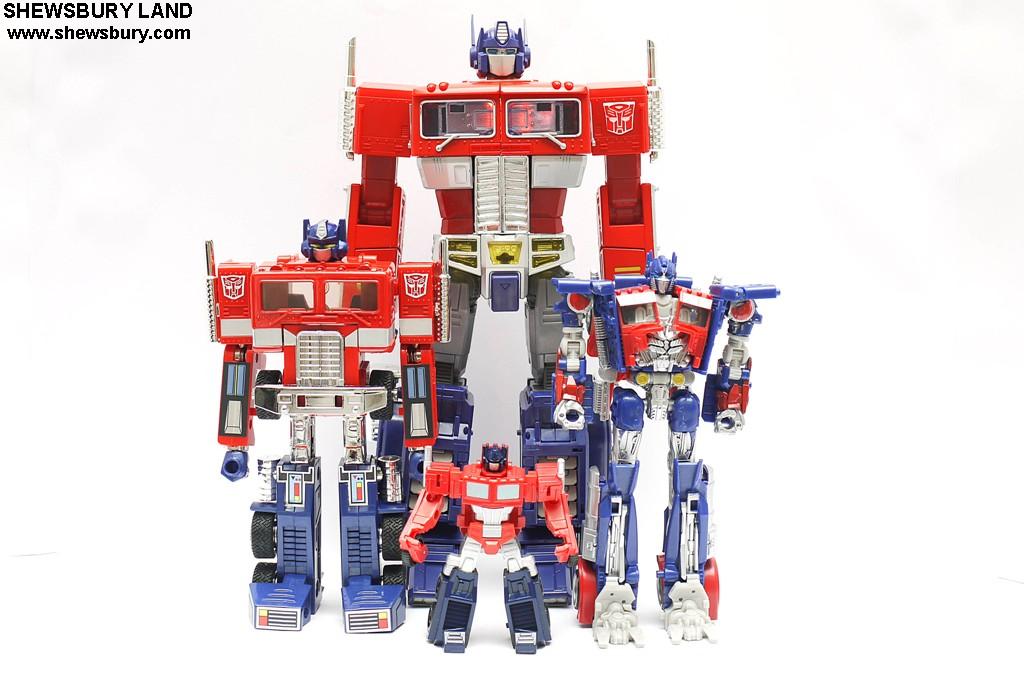 At the end, this is my personal preference - I will display this Optimus Prime in my cabinet this way - the G1 version in vehicle mode coupled with the trailer and the Movie version in robot mode - they both looks good together you know; 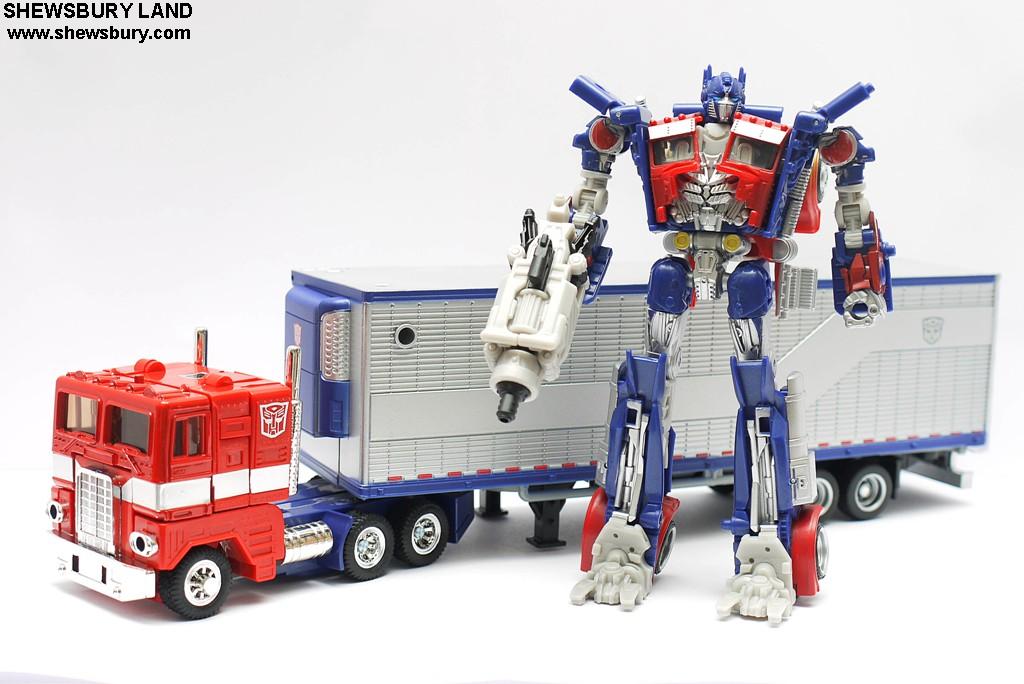 And they all looks good together - I don't have much but I'm happy to have these few; 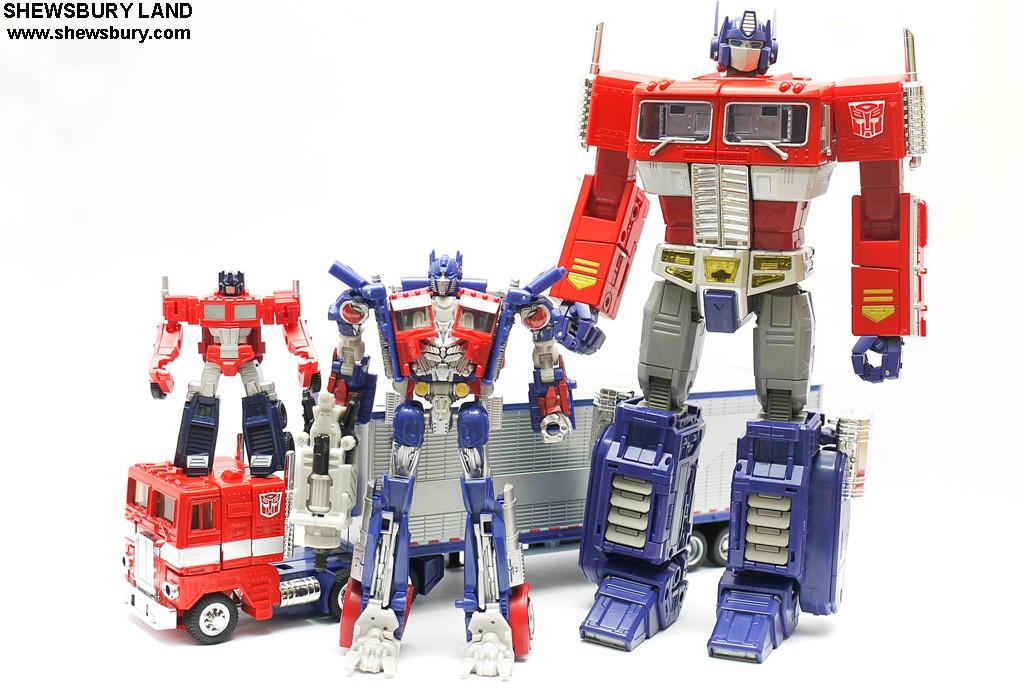 You can read the review all over again from the links below;
Part 1 of 3
Part 2 of 3
end
Email Post
Labels: Mecha