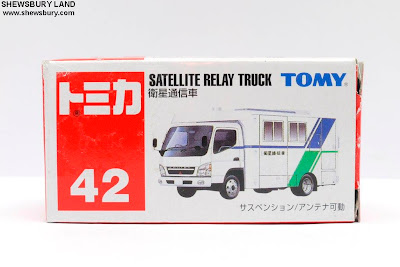 When I first started collecting die cast scale car models, I only like those normal saloon/sedan car as well as of course those sports car but slowly I tend to like the other type of vehicle as well like those mini trucks or those big size trucks and also those taxi and bus models amongst others. Sometimes the other segment of land vehicle, especially those offered by Tomica of Takara Tomy have nice features and gimmick and it's a waste if we just ignore them.

Nonetheless, for now, let's have a look at this "Satellite Relay Truck""; 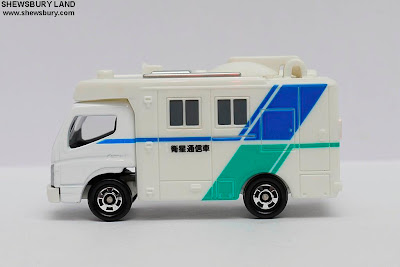 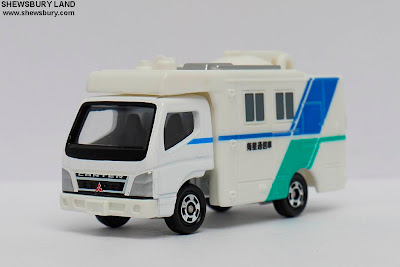 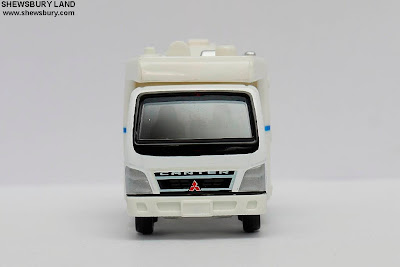 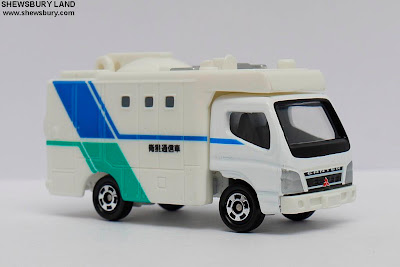 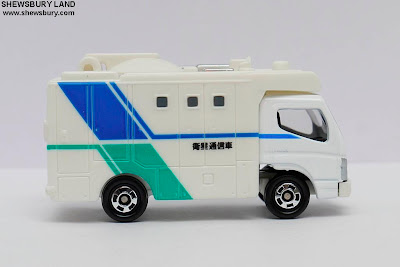 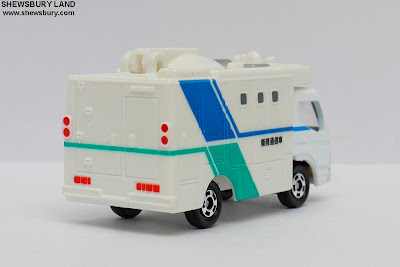 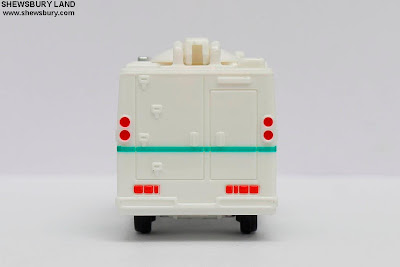 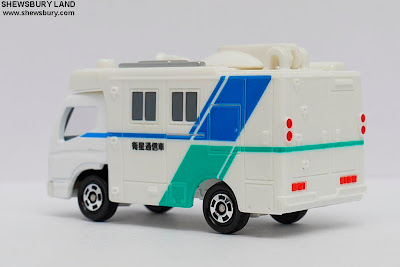 From what I can see on this particular item, the painting finishing is quite nice and the detailing is quite decent too, I'm quite pleased with it.

On the front part, we can see the "Canter" model name and also the typical "Mitsubishi" logo; 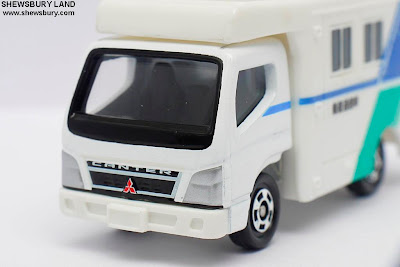 On the side part here, we can see the windows detailing and some wording in Japanese character which I don't know what it means but I guess it says "Satellite Relay Truck"; 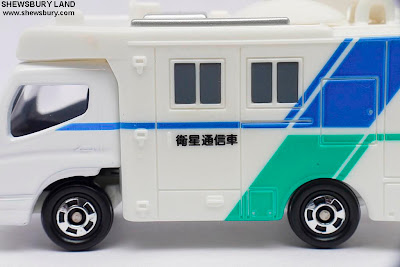 That's the view of the roof; 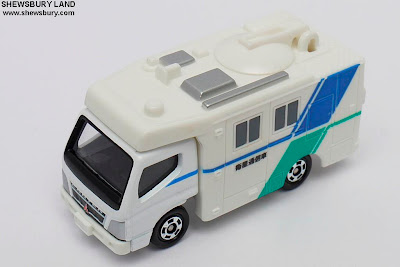 And since this is a "Satellite Relay Truck" we can clearly see there is a satellite there and good thing about it, at least as a feature, we can lift it up to be like this; 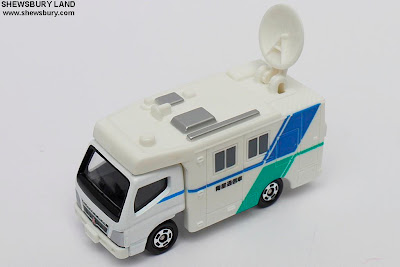 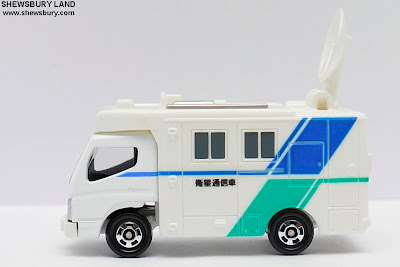 The interior detailing on the cockpit is the typical average level Tomica kind of detailing but at least it's good that we have some sort of detailing in there like those driver and passenger seat some dashboard and steering wheel. Apart from that, not much to shout about. There is no openable doors but I'm OK with it. 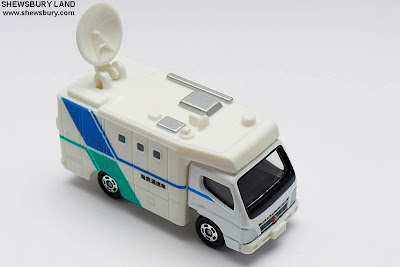 Overall, this is quite a humble model as it is. Painting finishing and exterior detailing is good. The satellite can be lifted up and it's quite a novelty. Being a typical truck, we don't really expect the extra "blings" of those sports cars, right? So this is as good as it gets. Simple as that. 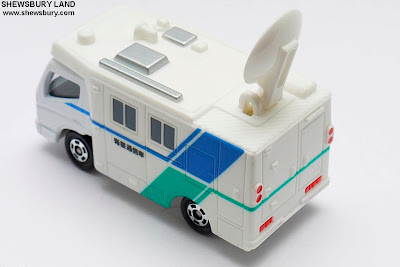