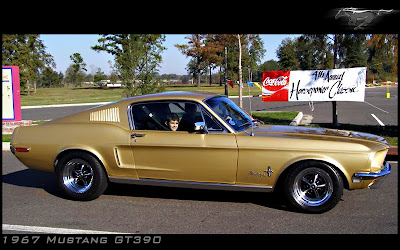 Note : The above picture was taken from http://www.diecastxchange.com/forum1/topic/50732-1967-ford-mustang-gt390-fastback/. I do not claim any rights. All rights and credits belong to the owner.

This is the 1/64 scale "1967 Ford Mustang GT Shewsbury Custom". Using the above picture as my inspiration, I use the same "Brilliant Gold" color that I use previously on the 1965 Pontiac GTO Shewsbury Custom.
Originally I wanted to try white and then I changed my mind and I want black instead but finally after I saw the above picture... I said, that looks cool!!!!

And this is the result; 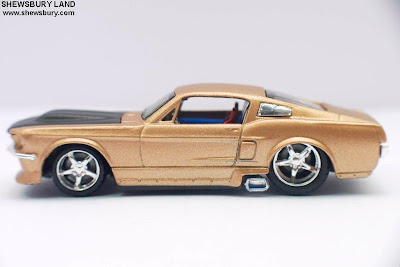 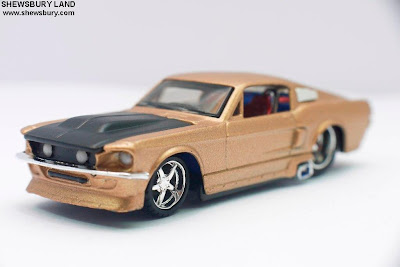 To add a little bit of spices... I also decided to use black color for the engine hood/bonnet; 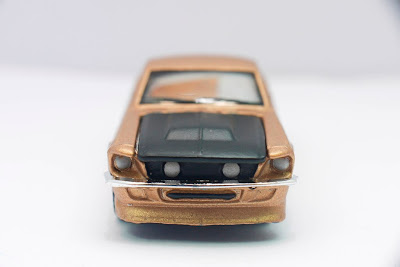 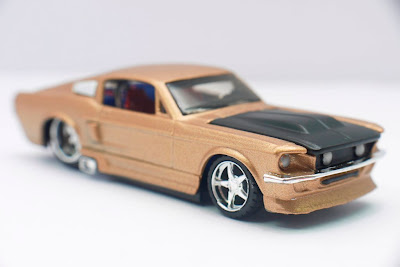 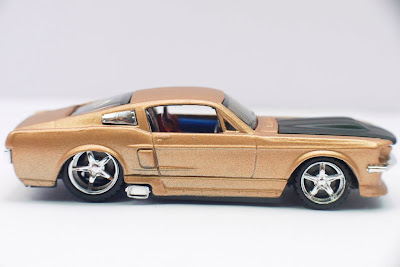 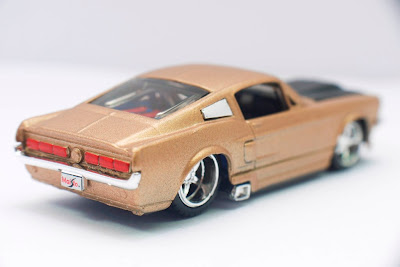 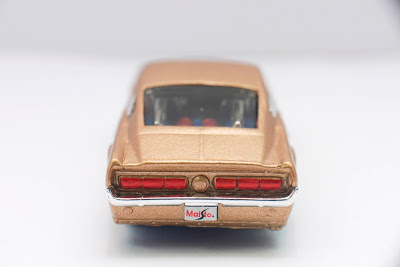 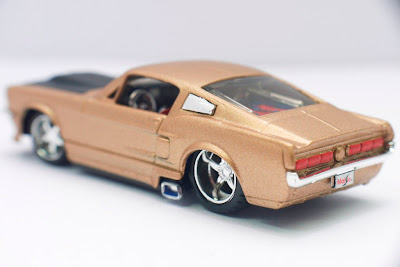 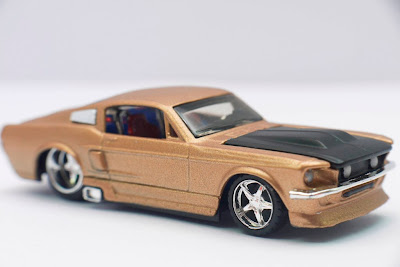 I remember watching the "Eleanor" from the 2000 American action film - "Gone in 60 Seconds" starring Nicolas Cage, Angelina Jolie and many others. That "Eleanor" is a grey 1967 Ford Mustang GT 500 Shelby. I don't know much about American cars, especially this particular model and certainly I'm not sure if this is the same model but in a way, they don't look much different either. My guess is that the "Eleanor" is developed from the basic of the 1967 Mustang Fastback with a little bit of additional body kit and of course the prominent racing stripe. 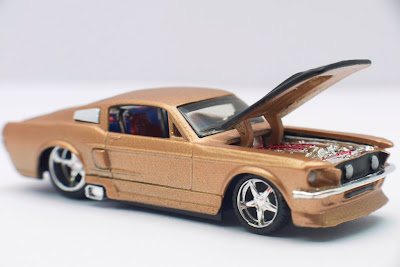 As for the interior, not much changes, I already changed the seat color earlier and perhaps the only thing I add is some simple detailing on the dashboard using Pilot silver marker pen while the rest remain the same; 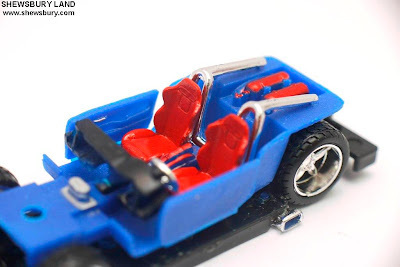 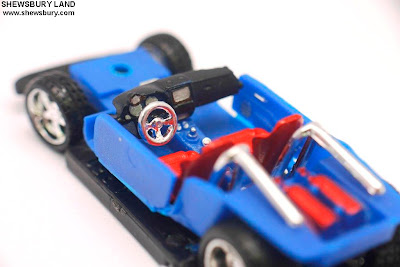 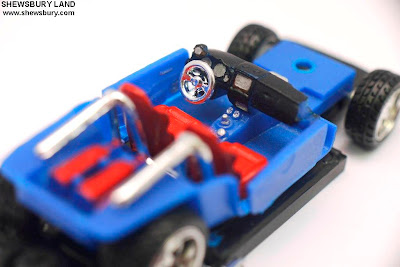 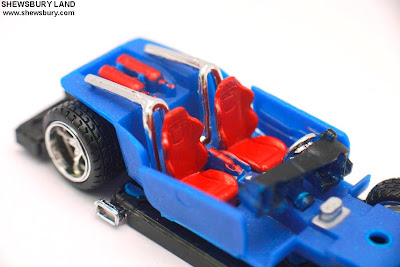 Ford Mustang is one of the most successful sports car from Ford. Many people in the USA owns this car and many other people could only dream to owned it someday which maybe can come true but for the rest of us outside the USA, especially in Asia, a dream to owned and drive a 1967 Ford Mustang GT or any of it's variations can only be just a dream... unless of coz if you are super rich and can afford to import this car all the way from the USA....

And thus, the easiest solution to "fulfilled" your dream is to buy the cheap 1/64 scale die cast car model from Maisto and maybe later you can customized it in accordance to your own taste...

It's nothing like the real thing but something are unobtainable and that what makes them precious........